Newport RI is in a class of its own when it comes to destinations. Where else can you visit 80 room cottages, $10 million yachts, or picnic in one of the oldest forts in America – all in one day? Nowhere else but Newport RI.

Newport RI is recognized as the yachting capital of America and a magnet for vacationers to New England.

Home of the America’s Cup races from 1930-1983 Newport has the ocean, sailing, and wealth running through its veins.

Relive the Gilded Age in a Newport Mansion…

Or just unwind on a harbor cruise with the breeze on your face, then Newport RI is your gateway to all this… and much more. 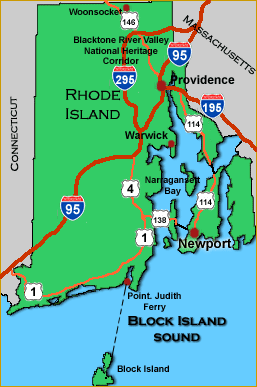 Founded in 1639 Newport quickly became an important seaport with trading routes to the West Indies. It’s years as a major seaport ended with the British blockade in 1776. The harbor was stripped of all timber as firewood before it was regained with the help of the French.

In the 19th century Newport RI once again attracted attention, but this time as a summer playground for the rich and wealthy of America, who also bought their sailing ships and yachts to race at Newport.

The center of the harbor area is Bannister’s and Bowen’s Wharf’s. Here you can yacht “watch” while sipping your favorite beverage or savoring a few steamed mussels – my personal favorite.

Moored out in the harbor is a number of 12-meter America Cup winners and challengers.

But near the wharf it’s not unusual to spot a $10 million personal “yacht” berthed next to a $20,000 vacation rental.

The alleys in the wharf area are full of specialty shops, restaurants, and open-air bars. This is a good area to visit mid-morning or late afternoon when it’s not so busy.

This area plus Brick Market Place across the street are where to do your Newport RI souvenir shopping. 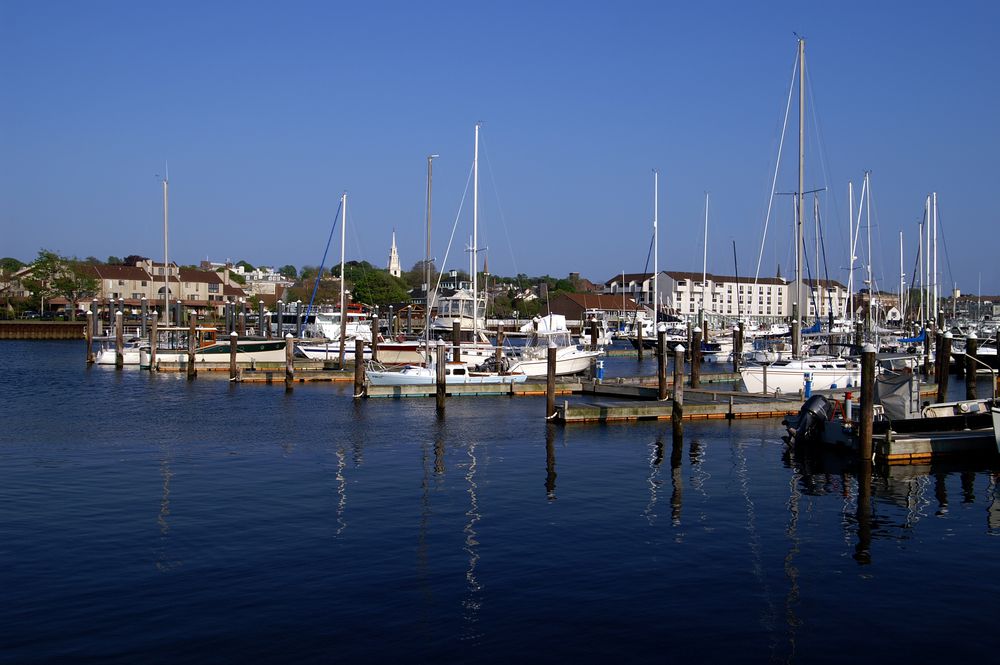 For many the most compelling reason to put Newport RI on their vacation itinerary is the Newport Mansions.

The mansions were affectionately called “summer cottages” by the original owners because they were only used 6–12 weeks of the year during the summer season. These are 70 and 80 room houses, and showpieces right down to the last brick – or marble!

The owners hired some of the most talented architects alive at the time, and spared no expense on interior design and furniture.

The most Newport Mansions I’ve ever visited in a day are three, and that was a stretch – if you’re really keen on doing nothing else than you could probably manage four!

There are about 13 mansions in all to visit in Newport RI, with most located on or in the vicinity of Bellevue Avenue. The Preservation Society of Newport County operates ten of these.

To discover more about what you’ll see, check out the Preservation Society’s own Newport Mansion page. 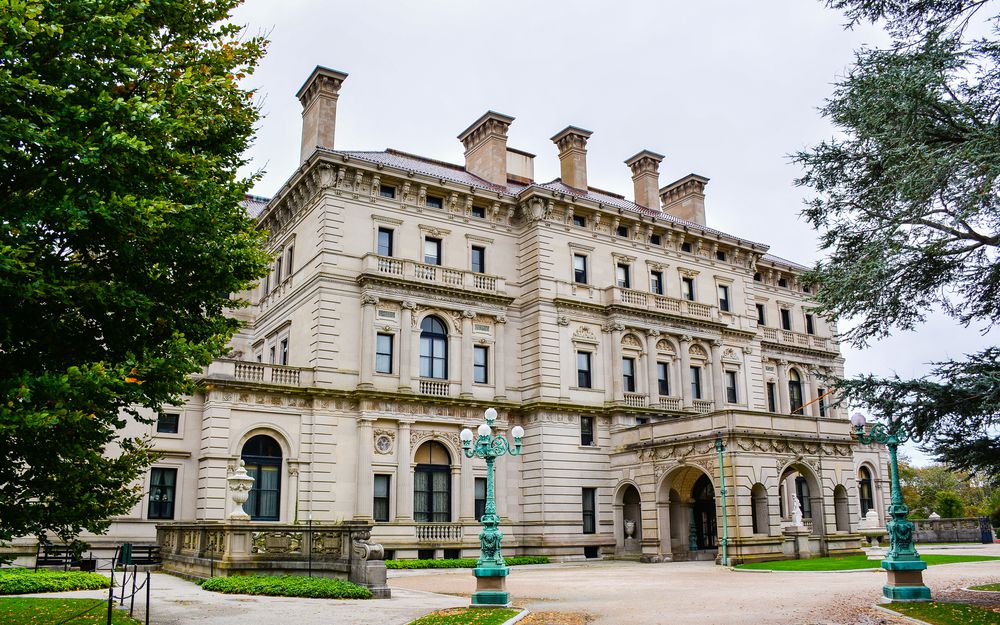 What Happens to Famous Tennis Players in Newport RI?

They get inducted into the International Tennis Hall of Fame of course.

At the Memorial Blvd end of Bellevue Avenue stands the International Tennis Hall of Fame. And if you’re a regular visitor to Newport RI, chances are you’ve never visited it.

Here you can spend a few hours soaking up over seven thousand tennis objects on display in the museum, or just eyeing with envy the beautifully kept lawn courts and gardens – Hey, the gardener can come and do my lawns any day!

A trip through Newport RI Tennis Hall of Fame is a ride through the history of the sport.

Displays include the original patent for tennis, the Hall of Fame Enshrinement Gallery, the Grand Slam Gallery, and Jack Kramer’s Pro Tour.

Despite my lack of skill for the game I’m as mesmerized as most when Wimbledon fortnight (14 days) is on the sports channel.. and I sit in awe as the latest tennis idols still make impossible shots… and still scream at the umpires!

Next, is one of my favorite Newport RI attractions…

Ocean Drive is a 10-mile route that starts on Bellevue Avenue and follows Ocean Avenue around a rocky peninsular with fishing coves, swimming beaches, and public parks.

The Ocean Avenue part of the drive is probably the most scenic with magnificent houses on rocky necks amidst the backdrop of full-force Atlantic Ocean.

You’ll see plenty people fishing and others clambering over the rocks searching for creatures in the tidal pools. Why not stop yourself and join them?

Brenton State Park is a halfway point on Newport RI Ocean Drive, and is one of my family’s special stopping spots to have a picnic and fly a kite. The park allows pets, and has tables and grills – bring your own charcoal though.

As you head out of the park you’re heading back to Newport Harbor, and while the scenery heading back isn’t quite as spectacular as heading out, you’ll pass the Castle Hill Lighthouse, and Hammersmith Farm.

Hammersmith Farm is where Jacqueline Bouvier spent her summers and had her wedding reception with JFK after being married in St. Mary’s Church, Newport RI, in 1953.

To your left as you head back to town will be Fort Adams State Park – a place worth spending some time… but more later.

The Fort Adams State Park is on Harrison Avenue, and you’ll turn left at the next intersection, and left again onto Halidon Avenue. Continue right onto Wellington Avenue and you’ll pass by King Park on your left, which is at the southern end of Newport Harbor.

After this park you’ll find yourself heading back into Newport Center and navigating the somewhat confusing one-way system.

After all that driving are you ready for a walk?

Of course you are. How about a 31/2 mile walk though? Well, would you do it if you could get some of the best views of the Newport Atlantic coastline and amazing backyards of mansions?

Well, you’ll get that here…

The Cliff Walk at Newport RI...

The Cliff Walk will provide you spectacular views of the ocean.

It’s 31/2 miles in length over paths that in some areas have been eroded and battered by the natural weather patterns of the area. Wear sneakers if you can, and show caution.

The first part of the walk is easy on good pavement and leads you to The Forty Steps. After the steps you’ll have great views of Ochre Point, Ochre Court, Cave Cliff, and Vineland.

You’re now heading towards Bailey’s Beach at the South End of the walk. This is a rough section and at times the path gets small and even seems to stop. However, by scrambling over the rocks you’ll be home free soon and be able to take in more stunning views of the ocean area.

As promised now back to Fort Adams State Park…

Newport RI sits on the east side of Narragansett Bay.

And while nature has presented the area with one of the best natural harbors in the world it’s also one of the most difficult to defend because of the multiple entrances into the Bay.

During the 18th century and 19th century wars coastline fortifications were vital as enemy fleets posed the most danger to Newport.

Fort Adams opened on 1799 and remained in operation until the threat shifted from enemy fleets to intercontinental ballistic missiles. Like many of the forts it was closed and put to use as a state park.

Nowadays vacationers enjoy the park for picnicking, and its athletic and sailing facilities, and Museum of Yachting.

It has an outstanding view of Newport Harbor, and hosts many musical events throughout the year, including the famous Newport Jazz Festival.

Fort Adams itself conducts daily guided tours from 10:00am – 4:00pm Mid-May thru October.

Our last activity together is back in Newport Harbor area, and it’s one of the best ways of seeing Newport RI… 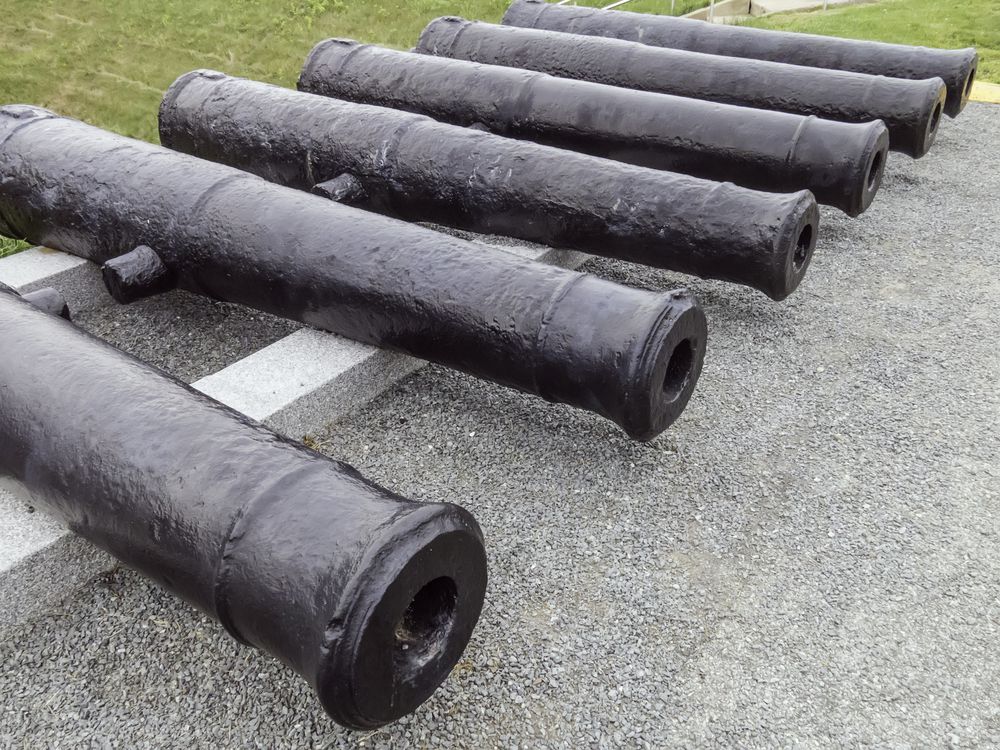 One of our family traditions and personal favorites when we visit Newport is to take the Spirit of Newport Harbor Cruise that leaves from Bowen’s Wharf.

This is a one hour narrated tour and passes by Newport’s waterfront, Goat Island, and Newport Bridge as it navigates out to the eastern end of Narragansett Bay.

You’ll pass close to the amazing home clinging to an island rock as you head out to the most southern point of the harbor. On the return leg you’ll get backyard views of Hammersmith Farm, Fort Adams, and the New York and Ida Lewis Yacht Clubs.

With always something to see and hear, and plenty of observation space on board it’s an exciting trip, and a chance to take the weight off your feet and sip your favorite beverage.

Newport RI is a wonderfully place to visit for a day or a week… or for a romantic getaway… or a family vacation with kids.

When it comes to sifting through all the things to see in Newport and looking for those places where the locals spend their time, then I always ask a native.

And if you’d like to know where Paul West, who resides and writes extensively about Newport, chooses to spend his time, then check out his 5 favorite Newport RI attractions.

Newport, and the surrounding towns, are rich in their variety of accommodation to suit all budgets and preferences. Use the resource below to find a place to rest you head that is best for you.

To discover where to stay deals, and compare rates and amenities with a trusted and professional travel organization then check out Newport lodging and accommodations.